Trail advocate hikes 400-mile Oregon Coast Trail from Columbia River to California,
Highlights how coast has changed, shares vision of working together to preserve it 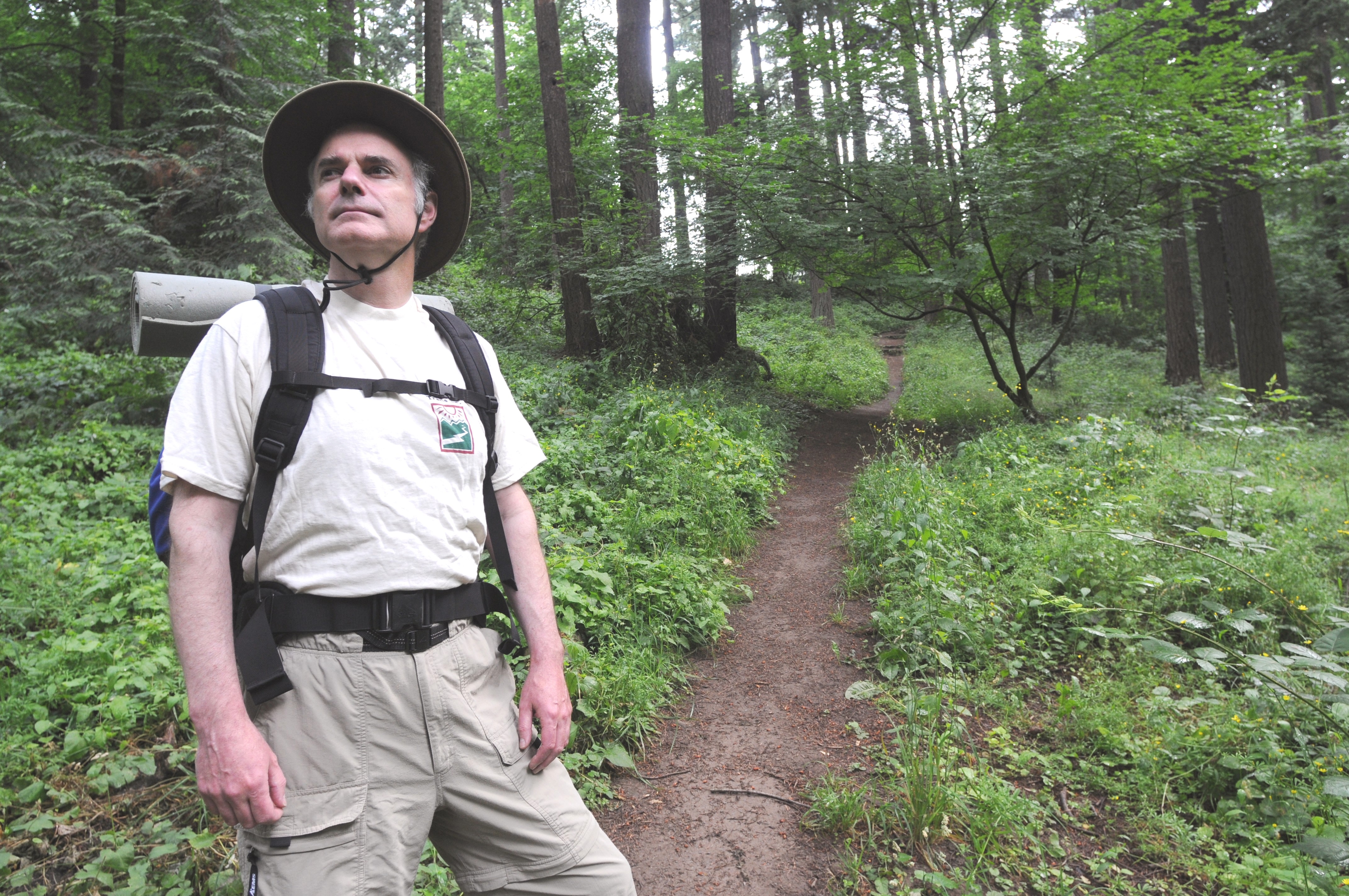 Al LePage, director of the National Coast Trail Association will be hiking the entire 400-mile Oregon Coast Trail as an "Oregon Coast Legacy Hike" from July 14th to August 12th, 2008 to promote the need both for an "Oregon Coast Legacy Conservation Plan" to preserve the Oregon coast and for everyone to work together.  He will be starting the hike exactly on the same date, and doing it over the same 30-day period, he first hiked it's entire length twenty years ago in 1988 and will explore and share how it has changed in one generation.  LePage will offer free public events, "Oregon Coast Legacy Hike: Stories and Songs" which are scheduled in Cannon Beach, Lincoln City, Newport, Florence, Coos Bay, Gold Beach and Brookings from 7-9 PM while he's actually enroute to talk with residents about conservation, share his experiences along the trail and sing some songs.  The hike itself is not a public participation event, however, since the public does have access to the Oregon Coast Trail, although LePage will never act as a guide during this solo hike event he'd be open to potentially spending time with those who happened to find him along the way.  The planned day-by-day intinerary is available on-line at www.coasttrails.org.

"I need to go take a hike," says Al LePage, director of the National Coast Trail Association.  First I need to share with people that a generation ago when I first hiked the Oregon Coast, that this is how it was, and now twenty years later, this is how it's changed.  I need to give everyone a report in my role as trail scout along the Oregon Coast Trail.  And next, I need to ask everyone some questions  What will the Oregon Coast look like in another generation if we don't do anything.  What will it look like if special landscapes that give an area a unique sense of place are lost for the rest of eternity?  What special places do you, do all of us want to keep for future generations?  What do we need to do to preserve these eternal landscapes and keep the coast for everyone -- people and wildlife alike?  And, how do we work together with each other . . . residents, developers, government, organizations, and with anyone else to really make it happen?  Sure, I've got my ideas, and I'd be glad to share them, but what are your ideas?  I'm here to listen, so let's start talking about it."

The National Coast Trail Association is a non-profit trail organizaiton based in Portland, Oregon with a vision to develop a connected National Coast Trail around the entire United States on both land and water trails, especially for hikers, cyclists and kayakers.  Their mission is "Keeping the Coast for Everyone" through education, advocacy and action for trails, public access and coastal preservation.  Founded in 1994, their primary goal has been the development of America's 1,800-mile "West Coast Trail," envisioned as a continuous hiking trail from the northwest tip of Washington to the Mexican border, comprised of existing and proposed sections of the coastal trails of Oregon, Washington and California.  Their work in Oregon has focused on the Oregon Coast Trail and past highlights include trail maintenance with coastal Oregon State Parks, advocacy to preserve land at Inspiration Point and Sunset Beach and development of the Fort-to-Sea Trail, and the creation of a "missing links" plan towards finally completing the Oregon Coast Trail.  They've also partnered with others towards developing both an envisioned 140-mile plus Lower Columbia River Water Trail from Bonneville Dam to the Pacific especially serving kayakers, and the Corvallis-to-the-Sea Trail over the Coast Range from the valley to the coast towards serving mountain bikers, hikers and equestrians.  The "Oregon Coast Trail Legacy Hike" combines their three program areas of trail development, education and conservation towards bringing the public a greater awareness not only of the value and need to complete the Oregon Coast Trail, but especially of the need to preserve the Oregon Coast and develop an "Oregon Coast Legacy Conservation Plan."

"So, why's a trail group like ours sharing a bold conservation vision like this," asks LePage.  "That's a very good question, and here's what I think is a very good answer.  Let's say you just did some hike and your back home and tell someone that you just did this great trail.  Well, if that's all you said, my guess is people would ask, well, where exactly was that great trail?  Then if you said something like in the Grand Canyon, or the Coulumbia Gorge or along the Oregon Coast, then these images would instantly pop up into your head, right?  So, therein lies the answer.  One primary idea behind our current focus on conservation is based on the fact that a trail is really only a way through a landscape, it's really the adjacent landscape itself, what's next to the trail, what you see and experience from the trail that really makes any trail the special trail that it is.  In other words, what good is the Oregon Coast Trail without the Oregon Coast?" 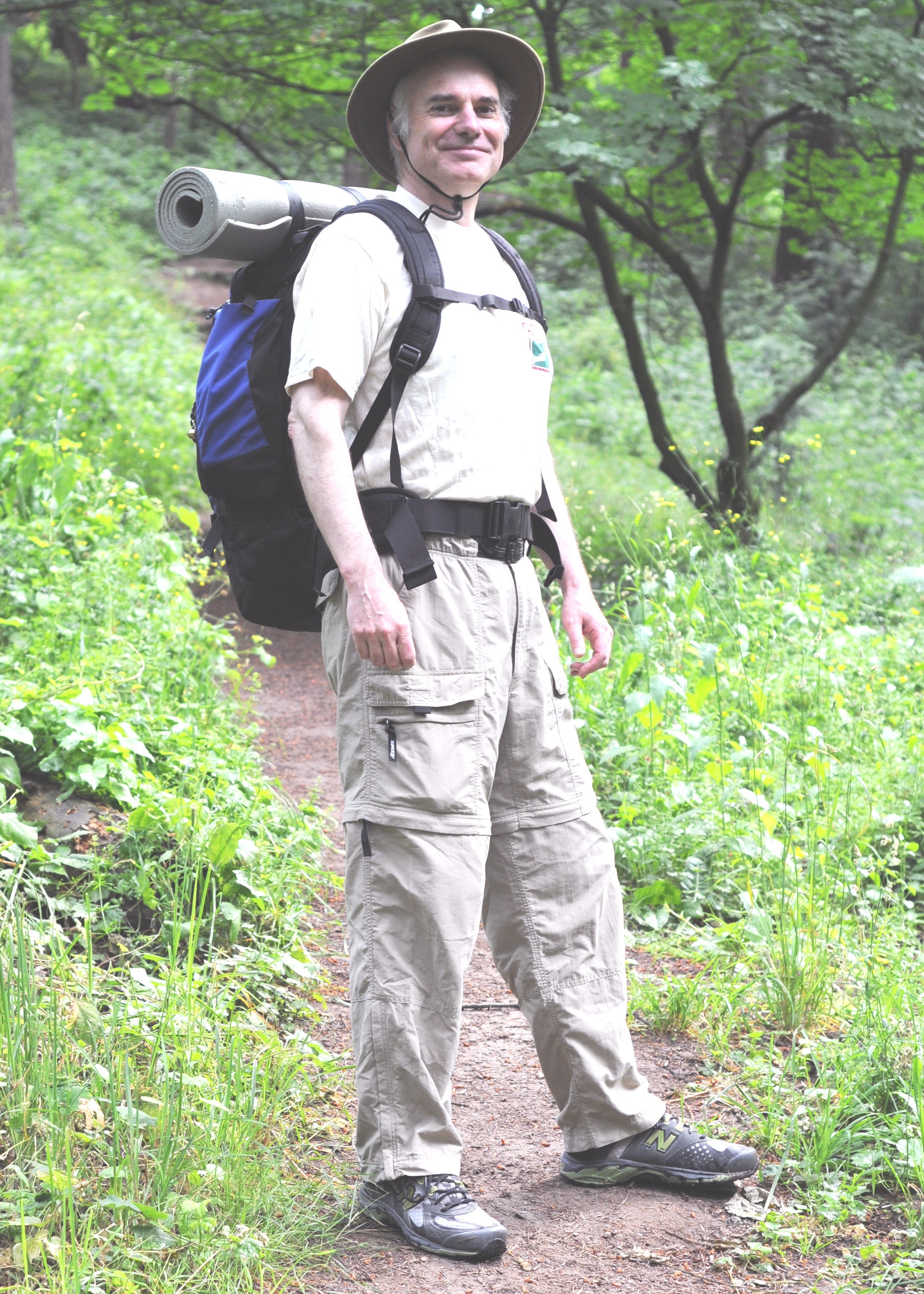 The "Oregon Coast Legacy Hike: A Vision with Stories & Songs" will be an interactive public presentation with LePage while he's actually hiking the coast.  He will talk about his experiences along the Oregon Coast Trail, past and present, and the vision, both in word and song, about preserving the coast, with the hope that residents will share their vision towards this end as well.  LePage already has many stories to relate given the drama, some tragic and often comical, that he knows about or has experienced for himself as he's hiked it over the last twenty plus years.  He'll also be reading as poetry and singing some of the songs he's written in the past and especially for these events.

"This event is not about me," says LePage, "it's about we.  This is not about us versus them since we are literally all in this together.  We all live here and we're all connected to each other and everything else.  So the first step to me is really just listening to each other and next is working together to figure out what to do and then doing it.  It's really that simple to me.  And I believe in an approach where people's sincere intent is honest communication, cooperation and consensus can really help to make it all happen.  I believe, too, that if we treat each other with kindness and patience in finding a way to preserve the coast that there's a very good chance we'll not only find a greater sense of community, but compassion, and perhaps even a kind of communion, too, in perserving the Oregon Coast for generations to come.  Yes, the Oregon coast already has infinity going for it as the Pacific Ocean stretches towards the horizon," adds LePage, "but it's up to us whether or not the eternity found in it's landscapes remains that way."

LePage was apparently the first person to ever hike the existing coastal trail system and the entire length of America's envisioned 1,800-mile "West Coast Trail."  He hiked the 400-mile Oregon Coast Trail over a 30-day period in 1988, the 200-mile Washington Coast Trail over two weeks in 1992, and the 1,200-mile California Coastal Trail over a 3 and a half month period in 1996.  His most recent major event was when he became the first person to ever hike, kayak and cycle the entire length of the envisioned "Great Northeast Trail" stretching 750 miles from the Atlantic Ocean to the Great Lakes by linking existing and proposed trails across New England over a 9 week period in 2004.  He's also been involved with events highlighting the historic value of the Oregon Coast Trail.  In 2000 he retraced the historic route of mountain man Jedediah Smith along the south Oregon Coast traveling 200 miles as a "Millenium Expedition" event on the exact historic dates it was first done in 1828, and dressed in replica clothing and carrying equipment of the time period.  He's also retraced all the 1805-06 coastal routes by land and water of Lewis and Clark both in Washington and north Oregon coast plus the first historic 1826 coastal expedition route of Hudsons Bay Company's Alexander Roderick McLeod on the central Oregon coast.

"Hiking the Oregon Coast Trail can be a real odyssey, even a pilgrimage," says Al LePage, "if your open to all that, if your willing to receive that kind of gift from the trail.  The beauty, awe and wonder of eternal landscapes along the Oregon coast can transform you, not only psychologically and emotionally, but spiritually, too.  You've got time to think, to think about whatever comes up, if your willing to just listen in silence to what your inner being is saying to you.  If you open up, it can become a kind of walking meditation if your intent is to connect with wherever you are in the moment, if you chose to really be aware of what's going on within you.  Often a great part of these long-distance trips for me is not only the outward trail, but also the inward path I take to places I've never been before.  Sometimes that's the real adventure, that's the real journey."

NOTE: PHOTOS ARE HIGH RESOLUTION FOR THE FREE USE OF THE PRINT MEDIA
FOR DOING STORIES ABOUT THE "OREGON COAST LEGACY HIKE"
THEY MAY BE CROPPED AND COLOR-BALANCED AS NEEDED
PLEASE CREDIT THE PHOTOGRAPHER "David Krapes"